How Many People Do We Need to Find an Exact Match? 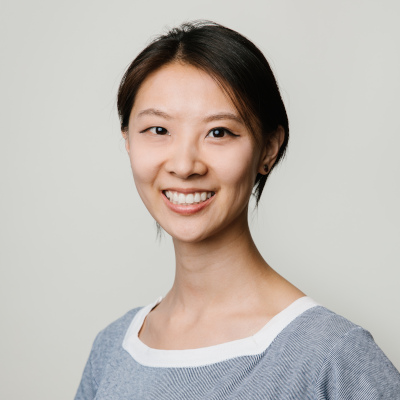 The goal of this post is to show (by way of a lottery analogy) that if we want to find an exact match for a subject with Alzheimer's, we would need a dataset with millions of patients -- an infeasible solution for matching.

In the previous post, we showed that it is difficult to find exact matches from historical data for complex diseases like Alzheimer’s disease (AD). When we try matching subjects using diverse criteria, such as all of the ADAS-Cog component scores, we don’t get any exact matches [1].

This result actually makes sense, though, because we used a pretty small dataset with ~6000 subjects. We mentioned in the previous post that only 19% of subjects in the CODR-AD dataset have an exact match on ADAS-Cog component scores. This number is pretty low. In the ideal clinical trial, the matching rate should actually be 100%. But in practice, this rate isn’t necessarily perfect. So what if we could get our rate to be close to 100% and much higher than 19%, like 90%?

In other words, how many people would we need in the dataset to find an exact match for 90% of subjects?

To understand this question a bit better, let’s use an analogy that asks a similar question. The lottery is a great analogy because it also involves finding exact matches. Imagine that we’re playing a lottery, in which there are balls numbered 1-50 and k balls are drawn. The winning ticket must match all k numbers.

If we plot this number (N) vs. number of balls drawn (k), this is what we get:

If we make a similar plot as before, the results look like this:

Is there a way to work around this problem? Yes. Like with many other problems, we can use different approaches to solve our particular matching problem. In the next post, we will discuss and evaluate propensity score matching (PSM) as an alternative.

1. In the previous post, we define an exact match as two subjects who have the same covariates that are relevant to what we want to measure in a particular clinical trial.

Let’s take a look at the math we used to make the plots shown in the blog post. First, let’s think about the lottery example.

If there are n different balls and we draw k of them, there are n!/(n-k)!k! distinct tickets.

If we buy distinct tickets (i.e., do not draw them at random) and want to have a probability p of holding the winning ticket, then we need to hold a fraction p of all tickets, meaning we need to have N = p*(n!/(n-k)!k!) tickets.

The first line is the exact expression for the probability; the inner integral is the probability that a random x matches a given subject y, while the term in square brackets is the probability that none of N subjects is a match. The scale ρ is a distance measure to define matches. Using the “near constant” approximation of our model, we obtain the second line, where V(ρ) is a volume factor. Finally, under the Gaussian approximation of the probability we get the last line, expressed in terms of an integral that is numerically tractable. N is the number of components and α is a constant depending on ρ and the determinant of the Gaussian’s covariance matrix. For each number of components n, we empirically determine the value of α for a set of N < N(CODR−AD), the size of the CODR-AD dataset. We generally find that α slowly varies with N, so we fit perform a linear fit of ln(α) to ln(N) and use the fit to extrapolate α beyond N(CODR−AD) and predict the probability for larger dataset  sizes. Allowing α to change accommodates differences between the data and the model, and we observe that the probabilities predicted from the fit agree well with the empirically measured probabilities for N < N(CODR−AD). The plot shows the estimated number of subjects N required to have a 90% match probability for each number k of components used.